Installation Pink is the executive summary of the photography project “Gjenerata A” (Generation A).

Size 6x6m, printed on Duratrans and mounted behind Acrylic. 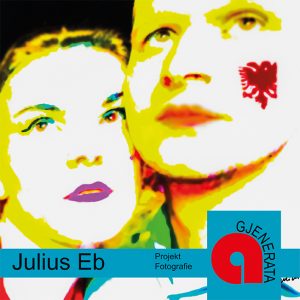 the catalogue of the project “Gjenerata A”

The Installation “PINK meets RED” is a reflection of transition. Transition from RED to something else.

RED represents the decades of socialism. Decades of fear and suppression. The former idols of communism Lenin and Stalin are now united in silence in a corner in a backyard in Tirana.

PINK, as shade of RED, stands for changes in society, values and perceptions: Dreams, Status, Religion, Culture etc. Central element: Women. Their position in society underwent the most significant and important change not just over decades but over centuries. A symbol of their emancipation: the iconic pink Furla purse.

The transition is however not only reflected in the individual photographs of the installation. Some photographs are rotated by 90 degrees or entirely upside-down. The orientation of photographs reflect the degree of transformation – or historical value – of the respective aspect of society.

Equally meaningful is the use of the color pink. For example the luxurious car in front of a basic apartment building, is out of order and such vehicles are by some associated with illegal business practice, corruption or crime.

As the transformation of any society is never finished, the installation lacks also the ninth picture, which would make the process complete. Which is also reflected in the last picture: The yellow destruction of certain values to change the PINK society to something else.